Love At The Heart Of Universe: Harnessing the Energies of Love. 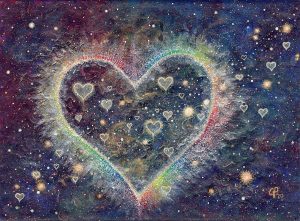 “The day will come when, after harnessing space, the winds, the tides, and gravitation, we shall harness for God the energies of love. And on that day, for the second time in the history of the world, we shall have discovered fire.” ― Pierre Teilhard de Chardin

This day is a follow-up to last year’s topic “The Cosmic Christ”.

Tea/Coffee will be provided. Please BYO morning tea and lunch.

Brother Tony is a Christian Brother, Teacher, Spiritual Director and Retreat Director. He spent 15 years teaching in both primary and secondary schools in North Queensland and Brisbane. In the 1980s and 90s Tony trained in the United States in areas of spiritual companioning and spirituality and has spent many years working as a spiritual director, counsellor and facilitating retreats and workshops on the spiritual journey with particular reference to the middle years and transitions as they impact on the story of one’s life.

He has since studied and reflected deeply on the New Cosmology as presented by Thomas Berry and Brian Swimme and many others working in that field. For some 15 years, he lived and directed The Archer Eco-spirituality centre outside Woodford in Queensland where he was a member of a team of religious who presented the New Story and Care of Earth spirituality to fellow pilgrims on that journey of spirituality. He now resides in Brisbane. He has a passion for telling the New Story and presenting the New Cosmology as a valid way to be Human and Christian in today’s world.

Suggested donation to ANSD Qld is $25 or what you can afford.